skip to main | skip to sidebar

Sister by Gabriella Torres - Sold Out

"Whatever illusions of loveliness these poems offer their uneasy titles dispel, & leave us the wobbling balance of finding a warped, separate presence alive in the words. Torres writes "You were a tragedy long before you were a girl", & such devastation is real in these poems, enacted & queasily pretty." -- Dana Ward

"gabriella torres' chapbook, sister, is full of poems that take faulkner as their base and then take off into their own genius lyric exploration of thought. these poems make me want to read the sound and the fury , but more importantly, they make me hope that torres will publish more and more poems. with lines like, "i have reinvented you in translation," "spent the whole day as a ghost," and "you were a tragedy long before you were a girl," readers are left with a sense of a new rurality. a poet who is able to create a new visual field, without losing originality in both language and thought. bravo!" -- erica kaufman

Nothing Moving by Hazel McClure - Sold Out

"Blue in pools, the little houses with little addresses, ice in patterns, mud at the bottom, I'm a body in a singing column, words arranged in a briefcase: Hazel McClure's brilliant poems carry the grace of origin. She speaks a primary language, and she teaches us where the sources are, where the meanings are. She invents a marvelous poetics of silence and precision, gaps and courage: you must read this." --Joseph Lease

"How we come to see ourselves. Glass, ice, sun, lines of water on a steamed-over window. 'The child sees a story in the lines, sings this word, that name.' How we come to say ourselves and where we are. 'Noun echoes pine.' The chest and the heart inside it, 'chest cracks open / as a seed.' I recognize home in this book of poems: the comings and goings of meaning (as if through the window that we keep returning to), the contast translation of body to spirit to world to body to word. The person speaking is someone I believe. And 'she looks straight / into the camera / as if she knows me'." --Kate Greenstreet

Anonymous said...
This comment has been removed by a blog administrator.
7:44 PM 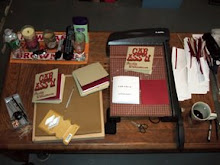 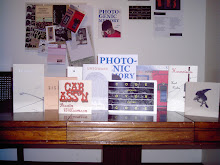